Anno Domini MLXVII. The forces of Christendom and of dar al Islam prepares for showdown in the Middle East, while the fledging Byzantine Empire tries to stand up for itself. Do you have what it takes to build up a flourishing dynasty?

So far, all the actions available to players are primarily concerned with military exploits - training troops, maneuvering, building fortifications and such. While waging war and conquering territory was an important means of gaining power in the middle ages, it certainly was not the only way. Furthermore, while it works perfectly all right for most states to be aggressive and expansive, for others, it's not as important. Especially merchant republics like Venice and Iceland - especially the latter - will have difficulty to expand militarily, and their strength should be evident in economic might, not military. Thus, some economical improvements should be available.

I'm also considering on a fifth, although I am not certain how it would work.

Scientific improvements - representing the construction of libraries, observatories and alchemical laboratories, preservation of classical literature, establishment of philsophical schools and so on. Depending on the amount of gold spent on this, there is a chance of a technological discovery. In christian nations, however, especially Catholic ones, this is marginally close to heresy, and might attract the attention of the Inquisition.


What do you think? I think this adds a lot more depth to the game, and plenty more opportunities for all nations to improve themselves. 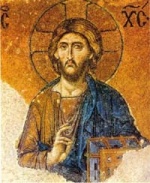 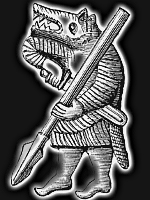 I'm thinking that 50 gold per turn for a Cathedral is still too cheap, even a small kingdom could afford building five of those at the same time. Maybe there should be an extra sum when construction is initiated? So it would cost, say, 150 cost instead of 50 gold the first turn.

There is one problem here, and that is that economic growth in the middle ages was quite slow. If your kingdom has been plundered and depopulated, you would experience fast growth afterwards, but in "good times" you were only doing about as good as the last year.

Scientific inventions though, like the three-stripe plough and the compass, could increase taxation and tariff revenue. 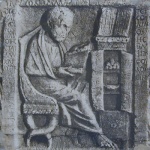 Military revelations through science then? Trebuchets and so on?

If you put your emphasis upon war, then trebuchets will come automatically. They will cost extra gold but symbolise extra dice during sieges.

It's true that domestic economic growth might be slow, but how about the parts about increasing trade revenues and increases in prestige? Alright?

Maybe there shall also be a possibility to regulate the level of serfdom of the subjects? Were free subjects generate higher taxe income, but might be more rebellious to conscription, change of religion or other when the monarch interfere in their lives? Serfs on the other hand is tied to their lords and lands which make them less annoyed by monarchs interference?

Perhaps domestic improvements, rather than adding a bonus to taxation, increases stability in the region - this increases tax revenues, and also represents that the economical standards of the populace is more... well, not better, but at least more secure.